The story of the Real Richard Whittington 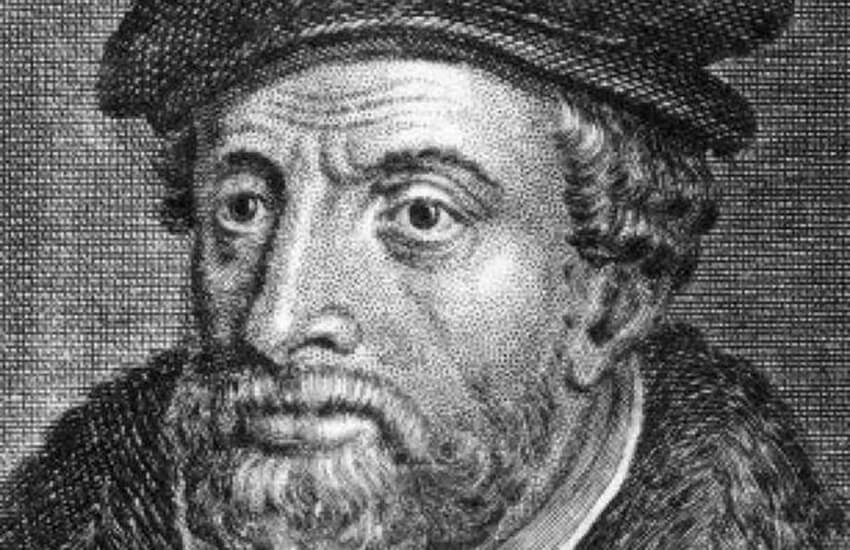 Richard Whittington was born the third son of William and Joan Whittington, Lord and Lady of Pauntly, around 1358 in Gloucester.

When he was 13 he was sent to London to be apprenticed to John Fitzaren. Later he was to become the greatest merchant in medieval England. He supplied silks from Peking for the wedding dresses of the daughters of King Henry 4th and also lent money to the King.

The story of a boy from Gloucestershire whose parents died when he was young. He wanders the countryside, meets a Wagoner on his way to London and hearing that the streets are paved with gold, journeys with the Wagoner to London.

There he finds the streets are mud and not gold, he is very lonely and has no work. On asking for work he receives a blow to the head.

A Merchants daughter, Alice, takes pity on him and he sleeps in the attic which is overrun by mice and rats.

He receives one penny for cleaning the shoes of a visitor and with this purchases a cat who kills the rats and mice.

The merchant sends a ship abroad to trade. The custom which it supposedly brings good luck to the Merchant is for his servants to send some item. Dick only has his cat which he is very upset to part with. The cat goes on the ship the “Unicorn”.

Dick is beaten more regularly by the cook and decides he has had enough. He leaves early on the morning of Halloween and gets as far as Cheapside where he stops for a rest. Bow Bells (6 of them) ring out and seem to tell him he will be thrice Lord Mayor of London so he returns to the Merchants House Before anybody has woken up.

The “Unicorn” reaches the Barbary Coast which is inhabited by Moors. The Captain sends gifts to the King and is invited to the Palace. The feast that is prepared, however, is overrun by mice and rats. The Captain tells the King of the cat which is then brought and proceeds to kill many mice and rats. The Queen is spellbound by the cat and Whittington is sent ten times the value of all the rest of the cargo put together for his cat.

The Captain brings the fortune back to the Merchant who gives it all to Dick. Dick distributes gifts to the Captain and Agent of the Boat and to his associates in the house including the cook. He becomes a Merchant himself, marries Alice and does indeed become Lord Mayor of London on three occasions.

Dick meets and entertains King Henry V and his wife, and receives a Knighthood.

Dick and his wife lived to old age and had a number of children.

Dick Whittington was born around 1350 in Gloucester to William Whittington, Lord of Pauntley. When he was 13 he was sent to London to be apprenticed to John Fitzareen. Later he was to become the greatest merchant in medieval England. He supplied silks from Peking for the wedding dresses of the daughters of King Henry 4th and also lent money to the King.

1357: Dick Whittington is born around this time in the tiny village of Pauntley, Gloucestershire.

1370: Dick Whittington makes his way to London hoping to find ‘the streets paved with gold’. On arrival in London, the young man becomes apprenticed to learn the trade of a Mercer.

1379: Whittington is first noted on the London scene as a benefactor to a civic gift. He also establishes his own business which for many years supplies luxury goods such as velvets and damasks to nobility and royalty. He is made a member of the Court of Common Council for the Coleman street Ward.

1393-1397: Moving up the civic ladder from a common Councillor, Dick Whittington is elected an alderman for the Broad Street Ward.

1395: Having begun his London life as an apprentice Mercer he becomes Master of the Mercers’ Company for the first time.

1397-1398: Whittington is appointed Mayor of London by Richard II following the sudden death of Mayor Adam Bamme. Later this year he is elected Mayor for the first time. The lime Street Ward appoints Dick Whittington as Alderman an office he is to hold until his death.

1400: Geoffrey Chancer buried in Westminster Abbey in the First Grave in Poets Corner.

1401: Whittington gives a donation for a new nave at Westminster Abbey and provides for a public water-tap to be installed in the wall of St. Giles Cripplegate amongst many other generous gifts to London and its inhabitants.

Richard Whittington was a Wool Merchant and Mercer supplying luxury fabrics and costly clothing such as silk to the affluent of the time including the Royal Court. He also leant money to the King (Royal Financier).

The 65 years of his life covered the reigns of 5 Kings:-

1189 – Henry Fitz-Ailwyn was the first to hold the office.

1215 – King John granted City a charter to elect its own Mayor. Since then 701 men and 1 woman have held the position.

Lord Mayor acts as the Capital’s Host in Guild Hall and Mansion House, his Official Residence. On behalf of City and Nation he carries out engagements home and abroad.

Historically voted in annually each September. Elections in Great Hall of Guild Hall. The assembly (know as Common Hall) consists of all liverymen of at least one year standing along with certain High Offices of City, all Aldermen who have been Sheriff are eligible.